Everything and Nothing like I thought it would be

My little one is going to be starting Kindergarten- very soon. My big one is becoming a little man before my very eyes. And my life is everything I'd hoped it would be, and nothing like I thought it would be.

Today I received a call from Elijah's very first therapist. She was the first person- the first professional- that came into my home and told me that everything was going to be just fine, because Elijah is just fine. She called me today because she is working with a new Mom who is struggling with a diagnosis of Down syndrome for her baby boy. She hoped I would be willing to chat with her and then she said, "because I know the world could never be an all bad place because there are families like yours out there loving your babies like you do." Boom. That's what it is. This thing...this diagnosis is not the sum of the parts. It's a part. A small part. The rest of it is just about being a family that is out there loving our boys. I called and left a message for this new Mom. I hope she calls me, because I need her to hear my voice when I say that my sons are everything I'd ever hoped they would be and nothing like I thought they'd be. Both of them- diagnosis or not.

Elijah turned 5 less than two weeks ago. He's thriving in preschool, has a fan club at the school where he will attend next year (despite my surprise...it takes this dude even less time that I thought to make everyone fall in love with him...) and was called a "jock" by his physical therapist. I'm just in a season of enjoyment with him. He's the most communicative boy- and considering that he has a fraction of the vocabulary of most kids his age, that is saying something! He loves Curious George, Rio (the movies, the music, the birds, the dancing...and knows everything by heart), his Mommy, his Daddy, Ti-tan (Christian), loves music, dancing, school, his teachers....his list of dislikes? Pretty much hates getting his hair and nails cut. Like HATES it. Other than that, we're mostly good. ;)

We had a party and let him play til his heart was content (which apparently wasn't quite fully content by the time we had to leave...) 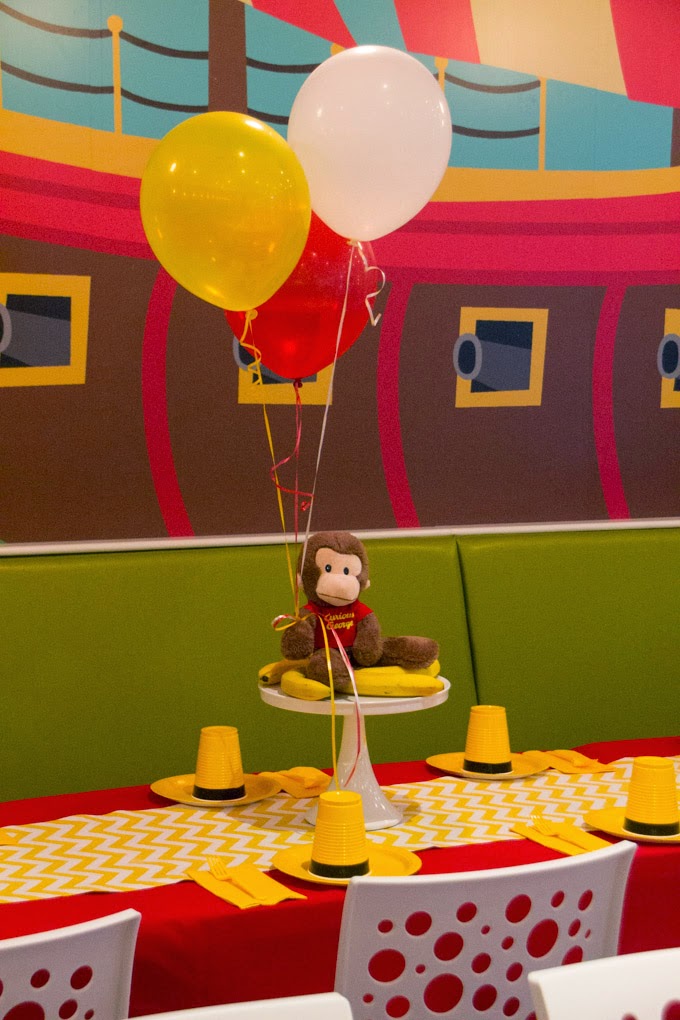 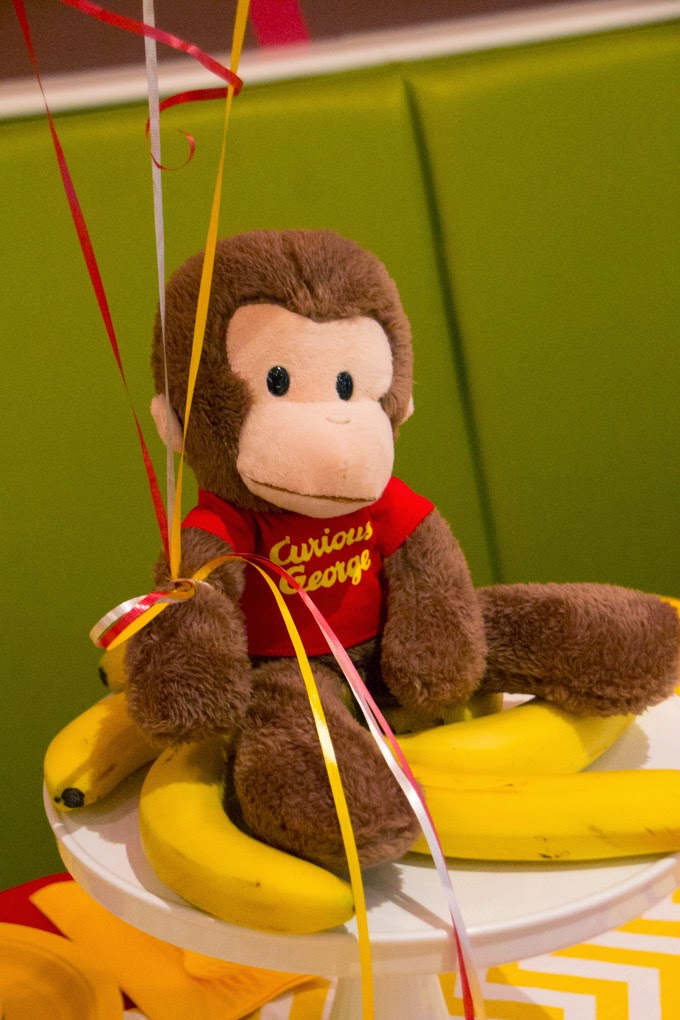 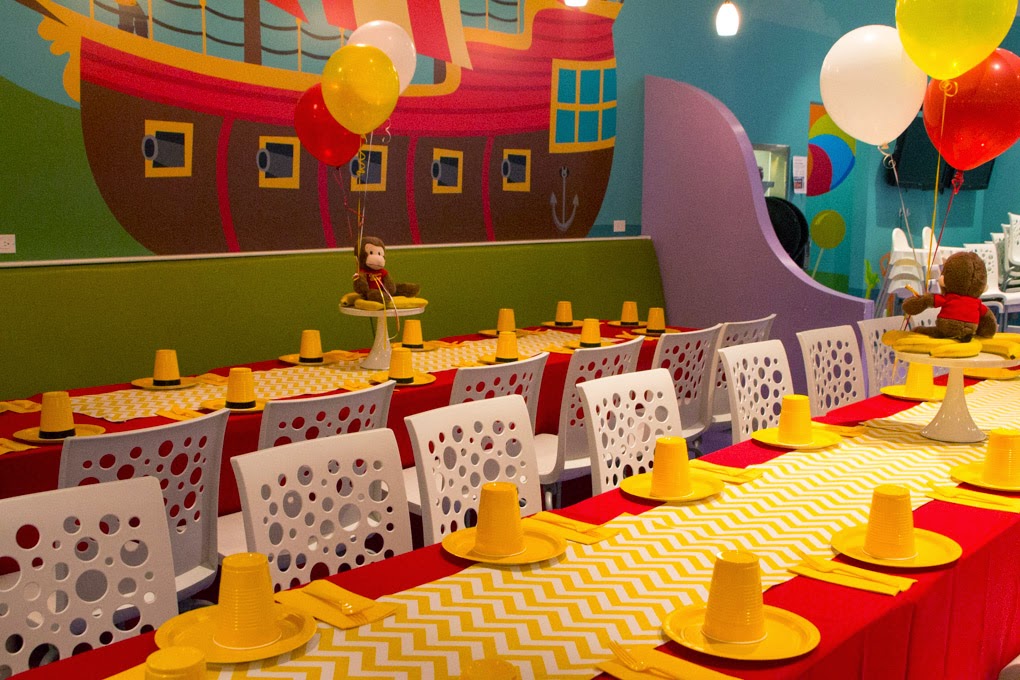 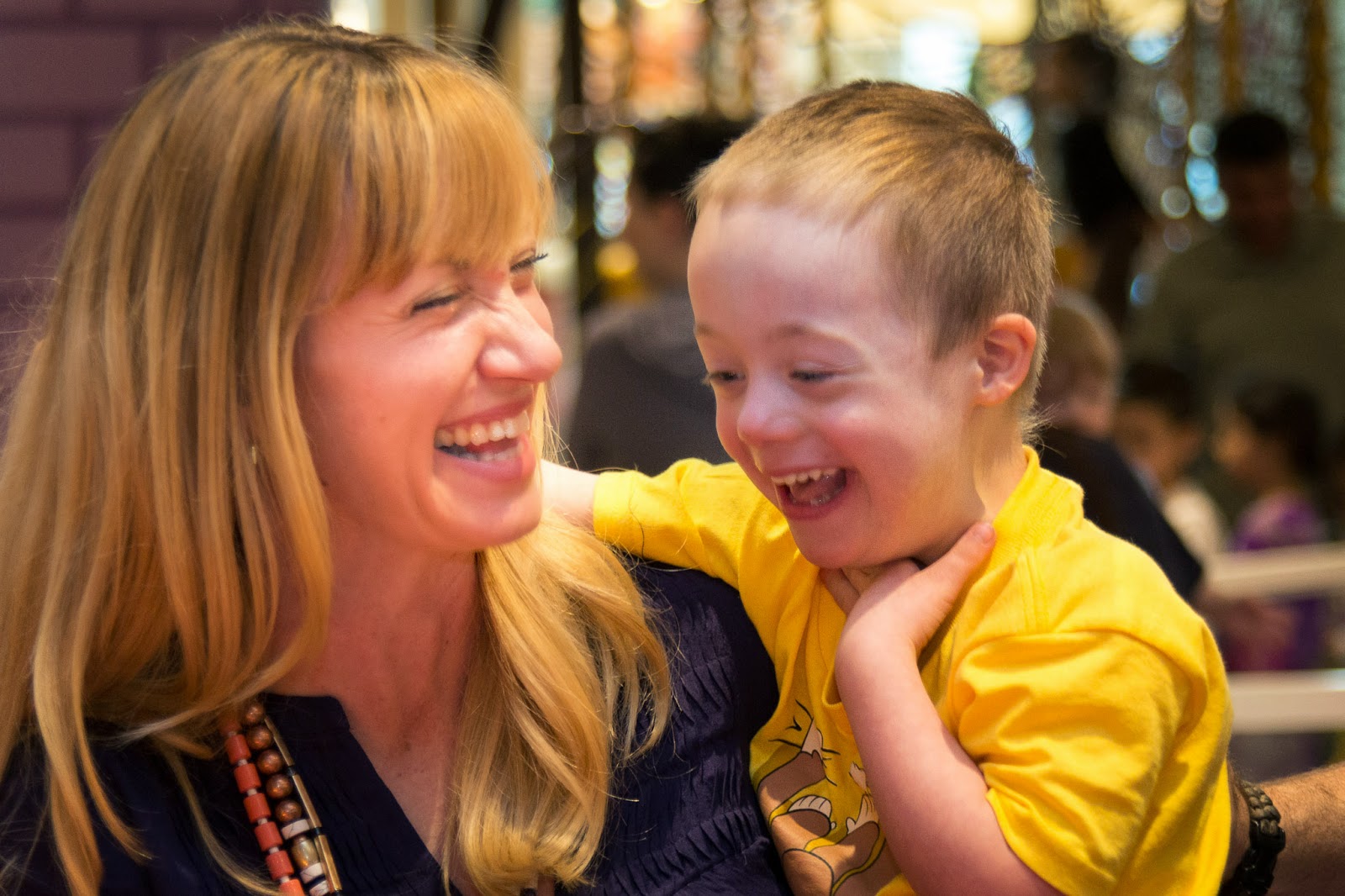 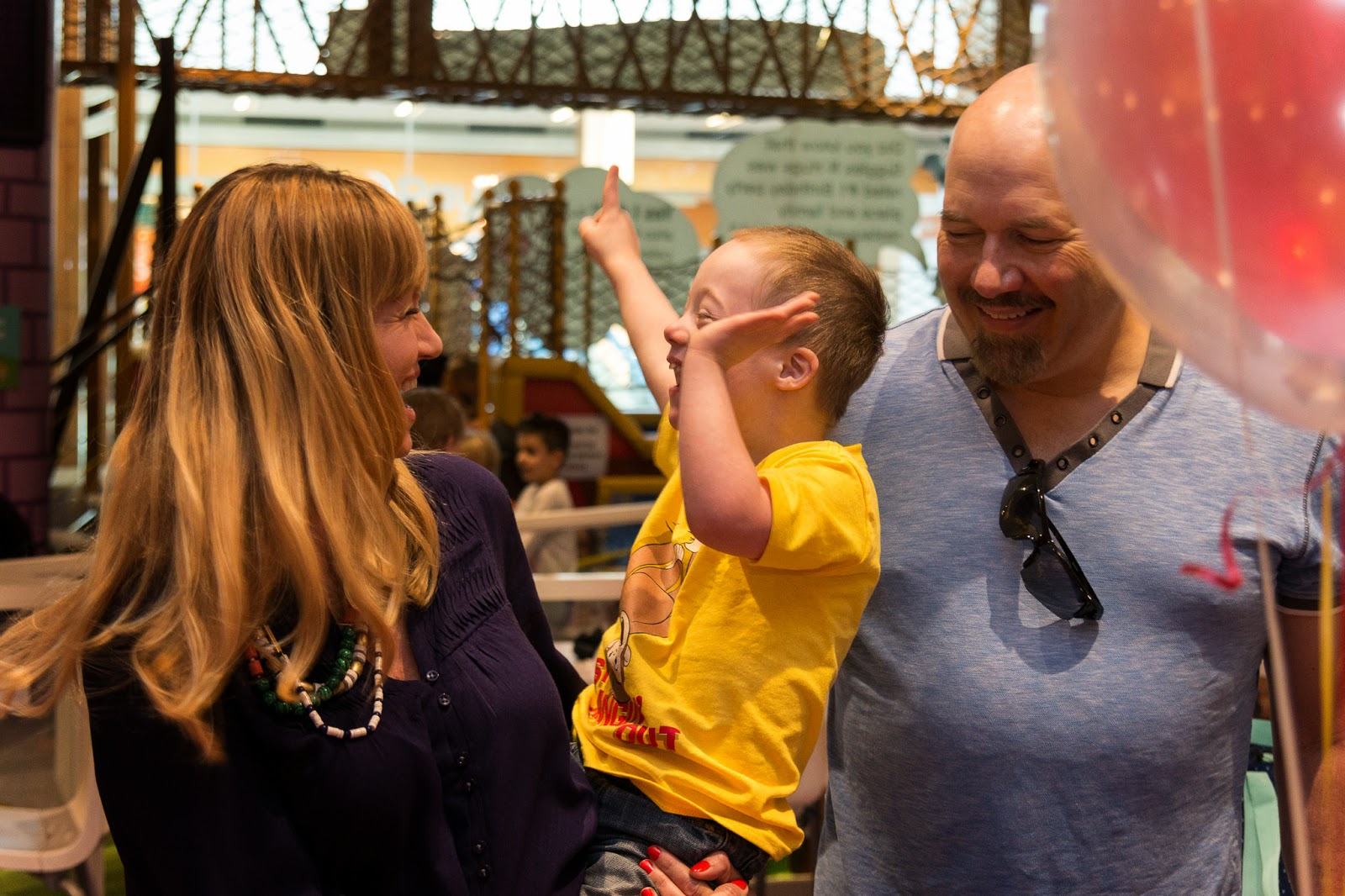 On Thursday, we celebrate my big boy, Christian. He will be 8 years old, which is hard to believe... 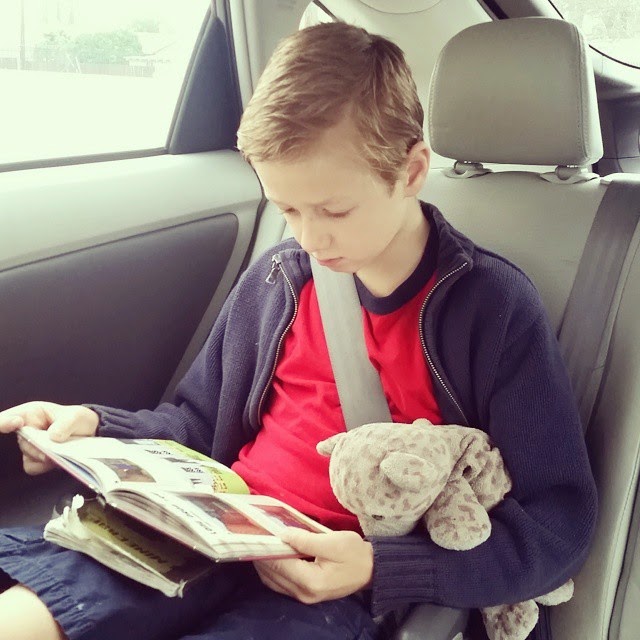 He's getting to be such a big boy- smart, considerate, polite, kind, active, stubborn...and still loves his stuffed leopard Leo. So, I haven't lost him yet. I'm looking forward to celebrating him this week. I have a lot planned to make him smile. Treats for his class, dinner with the family, a little gift (before a bigger gift- as a trip with the family) and then in a little more than a week, a Secret Agent Birthday party with his classmates from school. Ah...this guy keeps me on  my toes, but I couldn't be prouder. And I didn't even mention that THIS happened... 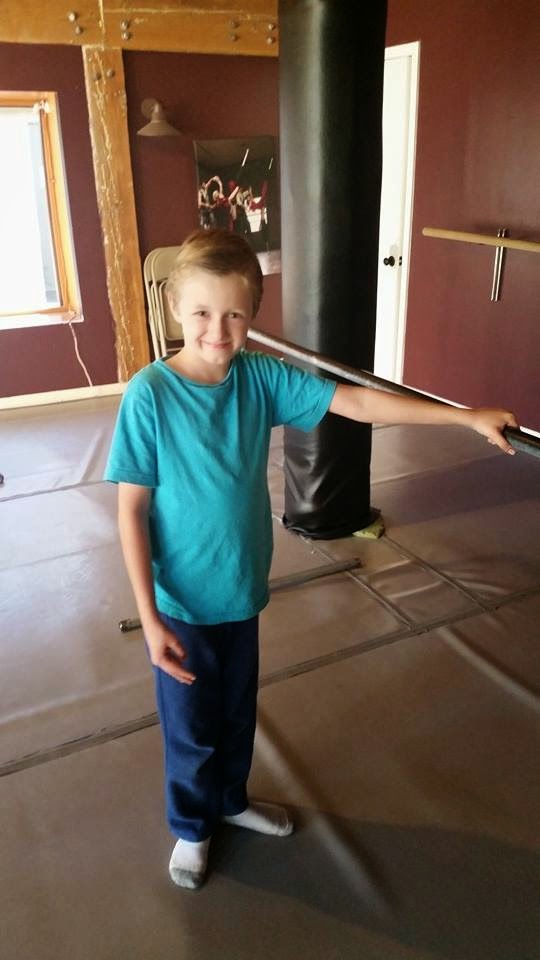 He's taking my ballet class!! Now...I can't say that this is going to go anywhere, (he didn't get "my feet"), but the very sweetest, best part is that when I asked him why he wanted to take my ballet class he said, "So I can be with you." Be still my heart. I'll take it. Listen, I'm a huge believer that dance is an all-around fabulous learning tool- both educationally and socially- but if he's there mostly because he "wants to be with me," I'll take it. It makes me happier than I think it probably should, for some reason.

This being a parent "thing"...wow. I guess it's just everything and nothing like I thought it would be... 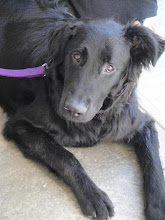 Our newest edition to the family!

Jen Currier
I am a Mom, a wife, a former professional dancer and a business owner who loves to laugh & loves people.